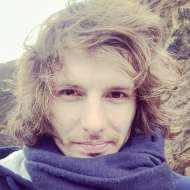 At the time this interview is made, Mark Mayers is 42, lives in South Wales and has not been with us at ThePitCrew for a very long time. Yet he has already proven in many ways how much he wanted to contribute to this community. First, by growing our subclub by many members, out of his own pockets! This generosity is completed by a keen sense of justice he’s now using as member of our stewards’ team. And finally, we have started to witness him on track, for the better and for the worse. Money, generosity, justice and a quick car… sounds familiar?

So first question, Mark the billionnaire, are you Batman?

Batman would never say he is Batman, so no comment.

Hm, alright, I see how it is. To my next questions then, if that’s alright with you?

Forward them to Alfred, my butler, so he can approve the questions for me to answer.

Sure thing, Mark. Can you first tell everyone reading what your mojo is?

With that inspirational mojo, you still gotta earn before giving back. So beside being a super hero at night, what do you do every day that is fancy enough to regularly offer Prime subscriptions to our PitCrew fans on Twitch?

So as you know by night I am a racecar driver/Batman. But my alter ego is somewhat different, My job is a rather unusual job. It started when I was 25 years old (17 years ago), I joined a company that makes Aerospace Seating, the kind, very wealthy customers use (First Class). I started out as a Technician working all over the world installing these seats into the aircraft (Boeing 787 Dreamline to Airbus A380). This has taken me to the USA all the way to the Far East and many more. Could never speak the local lingo, but somehow managed to get by. As time passed with the company I worked my way up and had less travel but more desk work, up until the point to where I am right now, Production Line Manager for Air-France and United Airlines. Pic is of a Singapore Airline First Class Cabin That I had the pleasure of delivering to my customer.

Wow, seems like you travelled a lot, and congrats on this great career path. Beside simracing that we will obviously address right after, what is filling up your life?

So I seem to have a lot to give back to my current company and also this is where I met my better half. We met in work on my first day and somehow spent every day together ever since. Thankfully for me, I am the only kid in the house, which is why I guess I am allowed my “Bat Cave”. As long as you’re out the way and I don’t have to see all your contraptions then I am happy… These are the words of my beloved one when it comes to my race den. So it is really a win-win.  Even my doggy won’t dare enter the pit when I got my VR goggles on.

So, a guarded Bat Cave for your simracing stuff, pretty nice. Now how long have you been simracing?

So first game that really got me interested in “Racing” was a game called MicroProse – GrandPrix 1 (1992) Amiga.

This game had me hooked from day one. I would lap Monaco for I don’t even know how many laps. Hours and hours were spent in this game. Up until then, I had played Pole Position, Out Run, Final Lap. But none of these games quite got my attention as MicroProse did. After many years later I somehow got into Gran Turismo on the original Playstation and Colin Mcrae Rally. Again, spent many hours with a group of friends taking it in turns to run laps and beat the times set. As games progressed and adult life started to take over, my Sim Racing habits took a back seat to young adulthood (plenty of beer drinking and partys). To one day stumbling across a game called Forza 2. Again, the bug seems to take a hold and it was instant addiction. Fast Forward a good few years later I then stumbled on a little stand at the Autosport Exhibition Show, showcasing a game called “iRacing” they handed out a voucher for 1month subscription. Got home loaded up the game and that was the moment for me that was the catalyst for my addition to all things sim racing.

Luckily for us, you also use Assetto Corsa and Competizione now! How did you find ThePitCrew and when did you join this great community?

So, after leaving the iRacing world for a good few years and not really enjoying gaming as much as I had done in the past, I decided to give Assetto Corsa and rFactor a purchase on Steam (being an iRacer, those games appeared to be arcade-style games) and boy did I enjoy them, BUT! Racing against AI was not going to do it for me after experiencing iRacing online races. So, I decided to do a bit of searching on the interwebs for leagues. And as if by magic I came across you guys.

Magic, magic. Glad you found us. And now you’re racing with real people here at ThePitCrew! You got involved in a couple Season 4 leagues. Which ones, and why?

So Season 4 is my first season with ThePitCrew and pretty much my first time racing online with AC or ACC. I decided to enter the BTCC and Multiclass along with a few fun events (such as the November fundurance at Laguna Seca). I tested out the BTCC cars and fell in love. Especially as there was a lot of hype around that event. Also, GT4 in the multiclass was a super fun idea for me.

What is your goal for these championships? Are you only looking for fun or are you the competitive type of super hero?

Fun, Fun, Fun! Fun, that is what it is all about for me. Racing at the back, midfield, or at the front, as long as I am not lapping on my own, I am happy. A battle anywhere in the grid is what I love. Watching the car in front and learning the driver’s weaknesses and strengths is pure driving pleasure. Being fast is not my strong point but being a stalker that’s what I am about, After all I am the bat.

Stalking habits, eh? Is that why you became a steward in Alisa’s team?

Actually, it was peer pressure from Terry and Alisa. Terry promised a few extra points in races and Alisa promised not to give me any penalties for poor driving standards (this part is completely true besides their denial). And also, I seen a few posts around certain events only being able to run if they had stewards. It was an easy decision to make to be honest as everything I have seen has been so well run and organised, it would be hard to screw it up!!!!

Thank you for your contribution that allows us to run super events like our recent Kyalami 6h race! What is your favourite thing about ThePitCrew so far?

Where do you see ThePitCrew.co.uk evolve in the upcoming months?

I really think that the path ThePitCrew is on is the right one. Seeing big growth in the short time I have been apart of it, is quite amazing. As to get noticed in the big old world of the internet is something that takes time and effort. It has a great blend of regular goofballs (Lewis, Alisa, Andreas and yourself I am looking at you) and a great founder who is so active it’s unreal. For a newbie, this really gives the sense of a friendly place and I can only see things getting better and better.

I am absolutely thrilled you’ve felt that way from the start, that proves this community’s worth to me. I’m pretty sure Terry would approve! Any last word, Batman?

Maybe a few…… Terry, you still owe me a wing for the Alfa. And Alisa, you docked me 5 points in my first race with ThePitCrew (broken promises for my stewarding prowess).

All jokes aside, the guys who are putting time and effort into making this work deserve all the praise that can be had. If I can support with giving out a few subs or donations then that is my payback to this great community.

And Julien pick someone interesting next time. Because I look forward to reading these articles.

Sorry to disappoint you, Batman, but I think you’ve done a terrific job! You’ve been as interesting as our previous interviewees, I’m sure our readers will agree on that in the comment section below! If you want to have a word with the real Batman, join our community on Discord! Mark and every one of us will be happy to welcome you. See you on track as well! And anyone who wants their super-secret identity unveiled in the community interview… can comment down below!

Enter your details below to be added to our whitelist, you must already have an account with us with your STEAM ID, DISCORD ID and TWITCH NAME filled in.